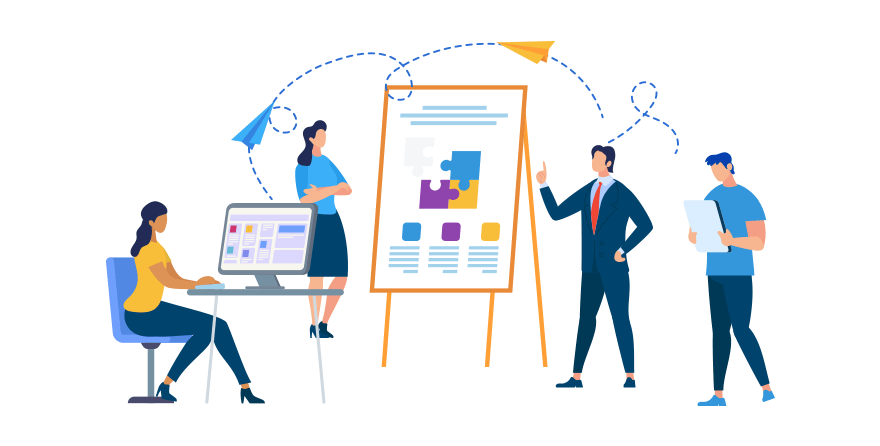 Very few people have the ability to capture their thoughts into a few words – words that leave a lasting impact, words that continue to inspire over decades or centuries and words that speak to you and give you your personal “eureka” moments.  Think about it, Aristotle lived between 384 BC and 322 BC – more than 2300 years ago and what he said then continues to influence us now. Among his many pieces of wisdom passed down through the ages, and before modern management or its terms were invented, he defined business operations and operational excellence –

“We are what we repeatedly do. Excellence, then, is not an act, but a habit.”

So my post today combines two of my passions – operational excellence and quotes that inspire me in this area. I have chosen my five favourite Quotes on Operational Excellence that to me most accurately reflect the principles of successful Business Operations –

“Organizations should be……. no less than Cathedrals in which the full and awesome power of the Imagination and Spirit and native Entrepreneurial flair of diverse individuals is unleashed in passionate pursuit of … Excellence. Our job as leaders—the alpha and the omega and everything in between—is abetting the sustained growth and success and engagement and enthusiasm and commitment to Excellence of those, one at a time, who directly or indirectly serve the ultimate customer.

Quotes on Operational Excellence #2: Get Everyone on the Same Page –

“The best, most efficient, most profitable way to operate a business is to give everybody in the company a voice in saying how the company is run and a stake in the financial outcome, good or bad …. A business should be run like an aquarium, where everybody can see what’s going on — what’s going in, what’s moving around, what’s coming out. That’s the only way to make sure people understand what you’re doing, and why, and have some input into deciding where you are going. Then, when the unexpected happens, they know how to react and react quickly.” ~ Jack Stack, “The Great Game of Business”

Quotes on Operational Excellence #3: Follow the Right Order of Operation –

“Values should underpin Vision, which dictates Mission, which determines Strategy, which surfaces Goals that frame Objectives, which in turn drives the Tactics that tell an organization what Resources, Infrastructure and Processes are needed to support a certainty of execution….

While successful leaders address all four areas, the best leaders always start with why followed very closely by who. Then, and only then, do they work on the design of what and how.” ~Mike Myatt

Quotes on Operational Excellence #5: Discipline Matters – Close the gaps in Execution by Following Through –

“Follow-through is the cornerstone of execution, and every leader who’s good at executing follows through religiously.  Following through ensures that people are doing the things they committed to do, according to the agreed timetable.  It exposes any lack of discipline and connection between ideas and actions, and forces the specificity that is essential to synchronize the moving parts of an organization.  If people can’t execute the plan because of changed circumstances, follow-through ensures they deal swiftly and creatively with the new conditions…” ~Larry Bossidy and Ram Charan – “Execution: The Discipline of Getting Things Done”.

These quotes reveal the corner-stones of operational excellence – people, processes, technology and continuous improvement. There are many more quotes that inspire and I have left out some that I have already quoted in my past posts.  I would love to get your favourite quotes on Business operations and Operational Excellence here – maybe do a part 2 of this post. So, if you enjoyed this collection, spare a moment and leave a comment.