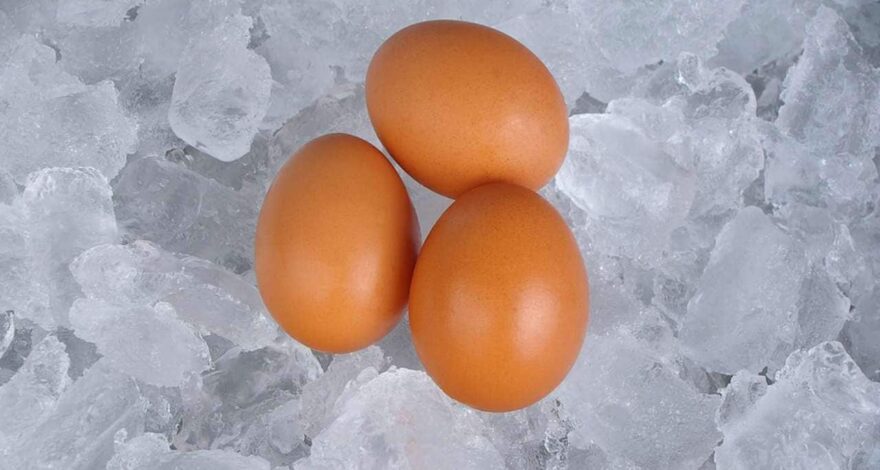 When in October 2014, the two biggest giants in the Silicon Valley, Apple and Facebook, announced elective egg freezing as a part of their benefits package, they took the world by a storm and sparked debates worldwide regarding the ethical concerns underlying this move. The announcement was welcomed by many and contested by many more. This benefit offered to the female employees, quite literally means the option to have their eggs frozen, to be able to postpone their pregnancy, thus offering them the advantage of attaining the much sought “work-life balance”. While the advantages are obvious – greater freedom for women to plan their careers and the choice to ‘preserve’ their fertility, in the form of frozen eggs, the disadvantages seem to be of a more sinister and covert nature.

This excerpt, from Frozen Progress: beyond the egg freezing debate, very powerfully opens up the space we hope to explore through this article:

“It is the role of the private companies, Apple and Facebook – programmed like an organism to preserve itself above all – that makes the prospect of ‘egg-freezing for female employees’ ghoulish and Atwood-dystopia-seeming.  As if, in order to sublimate yourself entirely to the company, you offer up not only your identity (through corporate ‘personal branding’), your personal life (through working hours that would be illegal in much of Europe), but even submit your body to the corporation you serve.  “Delay having children to donate your best years to our brand” is the ethos behind the initiative, and one that has the corporation – not the lives of women and their families in all their humanness and complexity – as its primary concern.”

The idea of giving women the option to freeze their eggs, is after all, not as altruistic as it sounds. For one reason, the success rates of the procedure are not very impressive the procedure, in itself is invasive and extremely complicated. “The process of egg retrieval involves weeks of self-delivered hormone injections to hyper-stimulate your ovaries, which can lead to nausea, bloating and discomfort, not to mention blood clots, organ failure, and hospitalization in rare cases. The surgery to remove your eggs involves a needle being inserted into your pelvis, with risk of internal bleeding and infection. Long-term impacts on women’s health are under-studied, but seem to include increased rates of breast, ovarian and endometrial cancer” [Jessica Cussins].

Egg Freezing – now an Option but soon an implicit Coercion ?

It is rather strange that “work-life balance” is being touted as a reason to promote the practice of egg freezing, amongst employees. It is, in a way, utter dehumanization of the work space, and reinforces the very gender biases we have been struggling so hard to turn away from. There needs to be more conversation and dialogue on where men figure in the canvas of this debate. The concept of family planning in itself seems to be getting obliterated from the debate, without considering two very important factors – financial stability and availability of appropriate partners (men or women). “Surely what they meant to say was, ‘We want women at Apple to spend more of their lives working for us without a family to distract them,’” Jessica Cussins of the Center for Genetics and Society wrote in a Huffington Post editorial. By making the egg-freezing policy a formal part of the organization structure, there are overt implications to the fact that it is only if decisions regarding family and motherhood are postponed, that a woman will be able to succeed professionally. Where then, is the balance we are talking about? The egg-freezing policy does not invoke a sense of balance, but is lopsided in this argument, as it implies the exact opposite. By postponing biological reproductive decisions, and letting your profession take this decision on your behalf, the choice is not to seek balance, but to automate your body in order for your corporate or professional existence. I use the term ‘automation’, consciously and with responsibility. By allowing our profession to manipulate our corporeal existence, we are reduced to nothing but robots striving tirelessly to meet the demands of an increasingly global capitalistic world. The image this thought conjures up is extremely frightening and makes one cringe.

It is important to understand how a policy like egg freezing, will reconfigure the work space dynamics, and not in a positive way. Neelam Raaj, in her article “Egg-freezing perk will not make workplace more equal for women”, writes,

“I do worry that if egg freezing is embraced by employers, women who wish to have a child when they are younger may be seen as less committed employees. For a woman to make an autonomous decision, a non-coercive social situation is required. If having a child earlier means that she will take a step back in her career, then a woman may not be exercising autonomy by delaying motherhood. Instead, she may feel like this is choosing the best of many bad options. Furthermore, offering an egg-freezing benefit does not do anything to help equalize workplace policies for women. There needs to be a strong policy to support women who choose to have children without freezing. There cannot be an underlying feeling of, `Hey, you have this egg-freezing benefit, why are you taking maternity leave now when we need you?‘”

The ‘choice’ being given to the female employees, about having their eggs frozen, is, in reality, what may be termed as a Hobson’s choice, or a choice which is actually not a choice but simply appears so. By giving a choice of postponing pregnancy, the implication is that motherhood and career cannot go hand in hand. It is important for both of these to be an option, because who is to decide against the choice women may want to make of having both satisfying careers as well as family lives? It is also important to understand the responsible role that responsible feminists and feminism need to play in this entire debate. Feminism and feminists have been long divided in their modes of thinking about and believing what true feminism entails. One could debate about the same until the cows come home, however, that is not the space we are exploring in this article. While we will not talk about what feminism is, we will definitely talk about what it isn’t, which is revoking any form of choice a woman has the absolute and autonomous right to. It is true that for a lot of women, the advantages of egg freezing is synonymous with freedom, it is equally true that for a lot of women the same choice is an infringement upon their freedom. The blurring of lines between the public and the private has always been a hot debate, in this case, however, the debate is particularly sensitive and should be treated with the sensitivity it deserves. Of course, right now the entire scenario could be said to be at a purely experimental stage, what we must be cautious regarding is the phenomenon gaining ‘cultural normalcy’.

Seema Mohapatra, a law professor from Barry University, in her paper ‘Using Egg Freezing to Extend the Biological Clock: Fertility Insurance or False Hope?’, published by the Harvard Law and Policy Review, explores the complex and seldom spoken about medico-ethical, legal and social complexities regarding the process of egg-freezing. Her work is especially important for us, to understand why much of the “advantage” or “benefit” being offered, is paradoxical. It is crucial for us to understand the phenomenon in all its social, cultural as well as scientific complexity. Let us make no mistake in acknowledging that this is a pathway one would be taking to create a Frankenstein’s Monster. The larger question to address here, is, are we aware of the implications of creating the monster? Innovation, freedom, equality, equity and are some of the ideals we believe will make the world of work a sustainable realm. In the present times, sustainability is the primary aim any organization is striving for. For an organization to be sustainable, it must first recognize every employee as a human being, before anything else, and by virtue of being human, the right to un-compromised and total dignity.