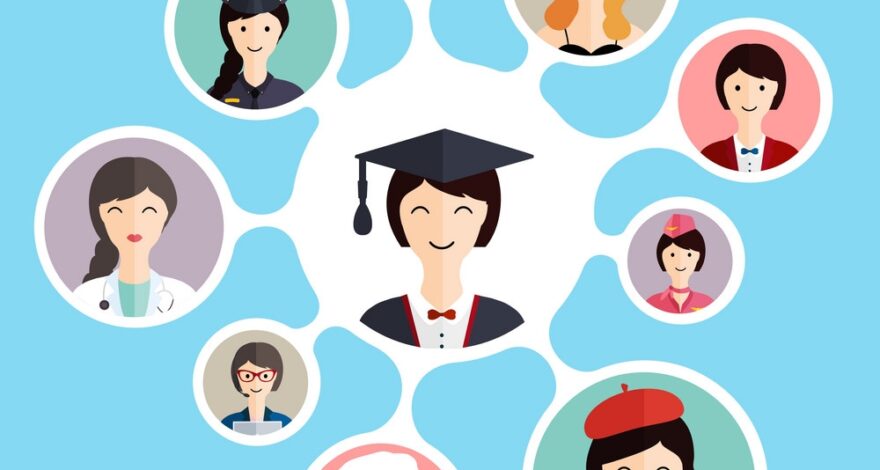 5 Unconventional Career Tracks Women are Making it Big In

Professional spaces today continue to be defined along gendered lines. This means that there are some employment sectors that continue to be dominated by persons of specific genders. For example, the gender balance in the STEM (Science, Technology, Engineering and Mathematics) fields has traditionally favoured men. On the other hand, jobs such as those in Healthcare and Early Education seem to be dominated worldwide by women. These are sometimes patronisingly referred to as ‘pink-collar’ jobs.

Women over the last few decades have done a lot to overcome these barriers, and the struggle continues. Women making it big in men dominated fields also at times face varied degrees of sexism and this fact is well recorded. If it is not this, then it is the societal pressure on working women to get married, become mothers and shoulder much of the domestic burden, while at the same time taking care of their professional responsibilities. Despite resistance they have had to face, women are increasingly breaking gender stereotypes and making it big in these sectors. Our list of unconventional career tracks women have chosen and have succeeded in, covers a few of these.

Male film directors define the norm in our film industry, just as it is in the film industries of any other country.  No doubt, women filmmakers have left a mark on audience’s preferences, but there are too few of them. Of those who have entered the profession, not many of them go on to make a lot of movies.

Gladly, the scenario is much better in the Indian documentary filmmaking space. The commercial documentary filmmaking scene is itself nascent in India and women documentary makers have captured an equal share of the distribution pie. Some of the movies that got theatrical distribution over the last few years have been helmed by women filmmakers. To name few, Supermen of Malegaon, The Rat Race, Gulabi Gang, The World Before Her, When Hari Got Married, Katiyabaaz. It is perhaps something about the independence documentary filmmaking afford women, that they find themselves on the cutting edge. If commercial fiction film industry were to dismantle its oppressive glass ceilings, women filmmakers will enrich it, just as they have done for the documentary industry.

This year, the Indian Air Force inducted its first female fighter pilots. A proud moment as it was, countless women on the ground have been making equally remarkable headway into driving transport vehicles. Defeating that stereotype of women being poor drivers, thousands of women are taking up driving and owning their own taxis. Women-only taxi services (of which both the drivers and the customers are women) run in most of India’s major towns. These include Delhi, Mumbai, Kolkata and also the State of Goa.

The services offer not just a chance to be self-reliant to the women drivers, they also provide a secure ferrying service to its women customers who have found themselves not infrequently at the ends of harassment by male drivers. Many of these services are supported by NGOs that help train women, most in need of work. These women taxi services have struggled to scale up largely owing to the lack of investors’ interest, but for the good that they do both in terms of economy and security, it is important to give this sector some push. Apart from women-only taxi services, women have also occupied the driving seats of auto rickshaws and city transport buses.

Like mentioned earlier, STEM fields see women under-represented. However, it is interesting to note that women in India may be doing better than those in the US and the UK. As the Guardian piece notes, 30% of the programmers in India are women compared to around 21% in the US.

Amongst those in STEM fields, India’s women space scientists have recently been in news. One photo taken right after ISRO’s Mars Orbiter successfully entered Mars’ orbit became the defining moment of both the mission and women scientists in India and was published and republished several times.

While women make up only 21% the workforce at ISRO, the number is growing. Just like NASA is the largest employer of women STEM professionals in USA, ISRO will do well to perform this role here in India. Government sector has in fact made some strides in making space for women scientists.  Department of Science and Technology of the Central Government rolled out the Knowledge Involvement Research Advancement through Nurturing (KIRAN) Programme to induct more women scientist in research and development areas designed specifically to improve the gender balance (http://dst.gov.in/pressrelease/women-scientists). Another welcome news came in the form of the appointment of J. Manjula as the first women Director General at Defence Research and Development Organisation, leading one of its clusters.

This has to sound like one of the more unconventional job choices for women, largely because how pervasive the portrayal of a male sleuth is in popular culture. However, unconventional sounding doesn’t mean that women haven’t done well in the business.

A large proportion of the detective work in India involves investigating into marital problems. Women run a large number of the 3,500 private agencies in Delhi alone that carry out this work. While the exact number is not available, many female detectives have seen their share of spotlight. Bhavna Palival, Malathy B.E. (who is said to run the first women’s detective agency in South India) and Rajni Pandit are superstars of the detective scene in their own right and have been written about extensively by host of national and international newspapers, perhaps more than any male counterpart. Rajni Pandit also has some of her more dangerous cases including those of murders written about. Many of the women detectives claim they score better on men in investigating particularly matters related to love! This growing force has also come to be represented in our cinema recently such as in the Vidya Balan starrer ‘Bobby Jasoos’.

Women-run cooperative societies have had a big impact in financially equipping rural women. A large amount of dairy production takes place through these cooperatives. Similarly, cooperatives like these are present in the garment, handicrafts and other sectors which have historically involved women in production. Today, important banking services to women are also carried out through a similar set up.

Still, women’s cooperatives’ managing mining operations is a feat in itself. While women do work in the production of minerals, commonly in the surface stone and sand mines, taking the management of the mines in their hands involved overcoming the strong and often violent quarry owners’ lobby.

We came across two such examples of this. Around 4000 women came to control various stone quarries in the Pudakottai district of Tamil Nadu. These were the same quarries in which they had worked as bonded labourers. The result – the standard of living for the families improved in both dignity and income, and the State saw an increase in the revenues, which had been bleeding due to the misappropriation committed by former quarry owners. The more recent example is that of the sand mining operations carried out by the all women cooperatives in Andhra Pradesh at more than 300 locations. The women are responsible for dredging, mining and selling the produce and giving its share of the revenue to the State. Just like in the previous example, the women miners of AP are up against the strong sand mafia.

What is an excellent way of increasing the incomes (which went up from around Rs. 60 a day to over Rs. 360 a day) is also a strategy for dealing with illegal mining. The cooperatives are not just accountable in the ways individual male sand mine owners were not previously, but the mining operations are now equally conscious about sustainability and environmental concerns. What a remarkable change right at the ground-level where it matters the most!

We hope this post proves to be as enlightening for you as it was for us while we were working on it! We were just blown away by all the small, yet really significant examples of unconventional career tracks, women – amazingly strong and resilient – are making their way through, slowly, yet steadily! Shattering the glass ceilings one sector at a time. Know any such awesome women? Tag them here!