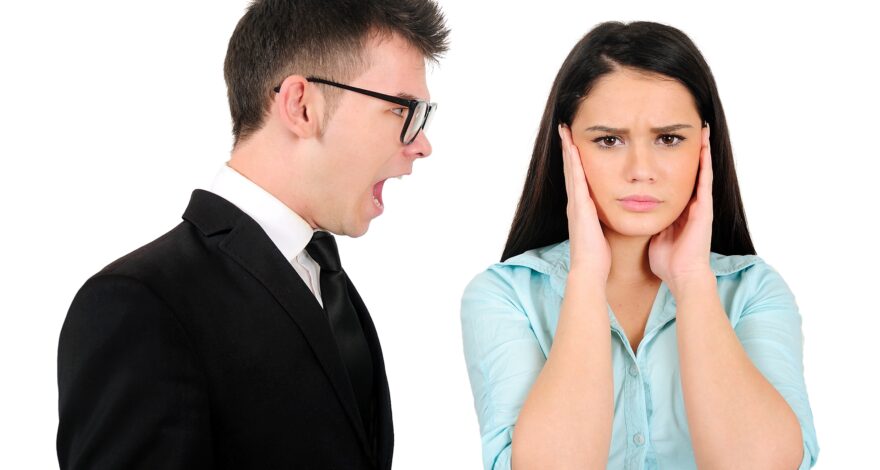 By: Suchitra Mishra On: October 16, 2016 In: Leadership, Management, Managing Yourself, Mentoring, Motivation, World of Work Comments: 2

Being a boss is easy. Said no one. Say it out loud, the word “boss”, and reflect on what it means, what it sounds like, and what it evokes in you. There are only a few words which can double as both a noun and a verb, “boss” being one of them. As an employer, you have infinite potential in you to get the best out of your employees. Alternatively, you also have infinite potential to extract the worst out of your employees. To be a leader not a boss is the key here.

Being a boss and being a leader could mean two wholly different things. The plan is, to show your team that you are very much a part of the team and at the helm of affairs. The best way to manage your people and motivate them to be their best is by being more of a leader and less of a boss. No to imposing yourself, stating through overt and covert ways, “who the boss is”, yes to communication, negotiation, trust and motivation. If you’ve ever been bossed by your boss, you know exactly what not to do. But, even the best of us need to be reminded at times. Here are five reminders and quotes about how to be a leader not a boss.

1. Give your employees the benefit of doubt

Most corporate environments today are eerily reminiscent of pre-industrial revolution hell holes. Of course that is an exaggeration, but you get what we mean. The work environment can get extremely stressful, and you do not know why an employee made a mistake he made, until you actually feel it is important to know the cause. Breathe, and communicate. Do not jump to conclusions. Giving your employees the benefit of doubt will also help you give yourself scope for improvement. Maybe you need to do something differently to help your employees perform better. Always be open to that fact.

2. Communication is truly the key

The art of communication is the language of leadership. – James Humes

Respond to emails, invest time in meting out detailed feed-back, organize team lunches and dinners, bond. Don’t assume that people know your vision, you ideas or plans. Communicate them often. And remember that two monologues don’t make a dialogue – communication is a two-way street. Take time to listen, to understand, to discuss. Being a boss can be easy at times, but being a mentor never is. But being a mentor is definitely more valuable for your organization in the longer run, than being a boss.

A good boss makes his men realize they have more ability than they think they have so that they consistently do better work than they thought they could. – Charles Erwin Wilson

Not very long ago, we wrote about the importance of delegating tasks, if you have resources and a team at your disposal, learn how to delegate tasks. It will help both you as well as them. Being a control freak always has adverse effects on your productivity levels. It is impossible to micro manage everything. Also, do acknowledge and trust the talent of other people who have been hired because of their skills to handle the particular tasks. By delegating, you achieve two very important things – 1. The Trust of your employees 2. Productivity.

4. Applaud and motivate your People

If you are a leader, you should never forget that everyone needs encouragement. And everyone who receives it – young or old, successful or less-than-successful, unknown or famous – is changed by it. – John C. Maxwell

The importance of motivating your employees cannot be stressed upon, enough. Letting your employees know that you value them for the great work they do, helps them bring out the best in themselves. You know you are a good leader and a good boss when employees don’t want to let you down. It is important to hold slackers accountable, but it is more important to make it a point to applaud your employees frequently, maybe on a weekly basis. Your employees feel valued when you start or end the week by personally communicating one thing you think each member of your team did a good job with. It may not even be something big. Gratitude does go a long way to inspire and motivate.

5. Apologize when you need to

Remember that just because you are the boss, does not mean you are immune from making mistakes. Everyone is prone to mistakes and errors. What is more important is putting your ego of being superior aside, and admitting when things go wrong because of something you did, or could have done differently. Most often managers feel this quality makes them vulnerable. In fact, it is the exact opposite. It empowers you to lead your team in a much more productive manner. Humility scores way over hubris – not only for winning hearts but is also great for the bottom-line.

It can be overwhelming to be the person who is, at the end of the day, going to be held responsible or accountable for the way his/her team performs. This pressure to be a leader not a boss, more often than not gets to you. A little pressure, is of course is healthy. But ask yourself this, would you rather be a boss your employees absolutely loathe and detest? Or be a leader who they feel proud to work for. The world of work can never have enough of those kind!